Have you ever had times when your mind just wanders – and wanders into territories that seem totally unrelated to anything you were thinking before? Mine did the other day. It started with memories of my vacations in Hawaii, ah, that wonderful paradise. I remembered our first trip when we stayed in Waikiki and could get just about anywhere we needed to go either by walking or taking “The Bus.” Yes, their bus system is called The Bus.

I’d get up early every morning, because I was working on mainland time, 5 hours faster, and go for a long walk around Waikiki by myself. Just me and my camera exploring the byways of paradise while cars jetted by on their routine rush hour. One day I even walked all the way into Honolulu and found the location where some television filming was going on. I hung around long enough to get my picture taken with Richard Chamberlain (a thrill of my lifetime) then caught the bus back to Waikiki. No one in my family believed me, not even after I had the film developed.

I also found a fast food restaurant I’d never heard of before, Jack-In-The-Box. We ate there a couple of times and I fell in love with their sourdough hamburger. Mmm, luscious. We went to Hanauma Bay and tried snorkeling but I, the competitive swimmer, panicked and scraped my leg badly on the coral. Needless to say I’ll never even consider scuba diving!

The last time I was in Hawaii we stayed in Makaha in a condo right on the beach. It had been a difficult year and our family had hoped that this vacation would help us heal but it didn’t. All I could think of was getting back home.

Makaha is on the far side of the island of Oahu. Nothing is within walking distance and people told us that we shouldn’t go walking alone in that neighborhood. Instead my sister and I walked up and down the beach for exercise and played like kids in the ocean. We tried to be carefree and forget about problems at least for that week.

The other difference this time was that I had decided to commit to a vegetarian lifestyle. I’m not a vegan but I don’t eat meat. Luckily we could make our own meals in our condo so we didn’t have to struggle to find restaurants that would satisfy all of our dietary needs too often. 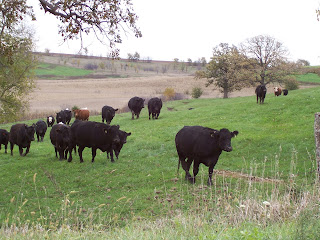 Of course all of this went through my mind in just a matter of seconds and I drifted on to reminders of why I became a vegetarian. I think the seed of the idea started to germinate way back when I was a little girl. One spring my favorite of my grandfather’s cows died while giving birth to her adorable white-faced calf. I got to help bottle feed him and named him Goggles because both of his eyes were rimmed in black. Goggles grew into a handsome steer but like so many of my grandfather’s calves, he was sold as a 4-H project. 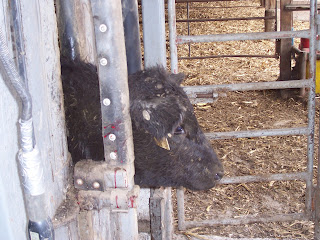 We saw him at the county fair in August and were thrilled to find that my grandfather had bought him at auction. We didn’t understand the implications until later when Goggles didn’t show up in the pasture. One night we were at the dinner table awaiting our meal and my grandfather announced, “This is Goggle’s heart we’re having tonight.” That may have been his way of hardening us to the realities of farm life but it backfired in my case. I never ate beef heart again. 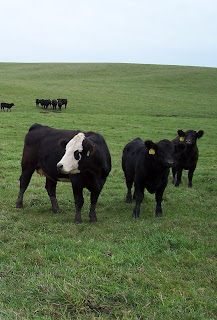 My dad used to hunt squirrels but I only remember one time when he brought squirrel home for dinner. He was the only one to eat it. I believe that my mom convinced him to get rid of his gun and forsake that hobby for good.

Back in the ‘90s I started having digestive problems that we just couldn’t seem to diagnose. Eventually they decided I had irritable bowel syndrome but even before that I’d stopped eating meat. I had noticed that meat set my gut off and it took days to recover. That diagnosis gave me the final impetus I needed to change my lifestyle and recognize our responsibility toward the welfare of animals. 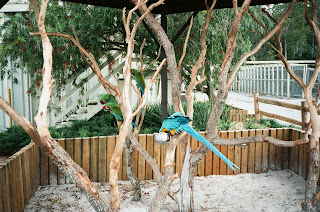 I’ve always loved animals, wild, wooly, fins and feathers but now it seemed my eyes had been cleared of a film of indifference. I started to see personalities I never noticed before. I worked with pigs getting close to them and realizing what fun creatures they can be. All I knew of them before was the stink that came from confinement farms. Now I looked #190 in the eyes and could see his mischievous nature. Every time I turned my back on him he pulled on my boot. When I hosed down the pen the pigs would run in and out of the water stream seeming to enjoy the sport.

Something else helped to convince me that ANY meat bothered me. I saw a piece on one of the news shows – I believe it was Dateline – about fish. They discussed the mercury in tuna, but even worse they showed the parasites that might be found in fish. To top it all off they showed footage of the manner in which fish are handled before they get to market.

First, I must admit that one of my favorite childhood past times was to go fishing with my grandfather or my dad. It wasn’t so much the fish we got to eat afterwards but the thrill of seeing that bobbin start to bob. I could sit for hours watching that red and white ball sit on the water and when the first sign of movement caught my attention I’d tense up. The key was to wait until the bobbin went all the way under, then snap the pole at just the right moment to hook the fish’s mouth.

More and more though it bothered me to see the fish hung on a line awaiting its demise or lying on the shore slowly suffocating. I don’t care what anyone says, I believe that a fish has enough of a brain to know pain and suffering. Surely all animals have the instinct for survival.

Don’t get me wrong, I’m not some militant activist who thinks you should adopt my lifestyle. Who am I to say what you should believe. This is just how I feel and how I have adapted my life to suit my beliefs. I’ve also wondered what animals might not exist if humans didn’t eat other animals. Where did that first cow come from? Would the species still be around if people didn’t raise them for meat and milk? And yes, I still crave meat. It is especially difficult in the summer when all my neighbors are grilling steaks or brats and I can smell it. Some days the smell makes me sick but other days………..my mouth waters.

What do you think? Have you ever gone through an experience that changed your way of thinking about animals? Is there a species that you think you’d never be able to appreciate (like rats, opossums, snakes, spiders, etc.)? I like to hear from you so pipe in and let me know what you think?